To know everything about the Google Fred updates 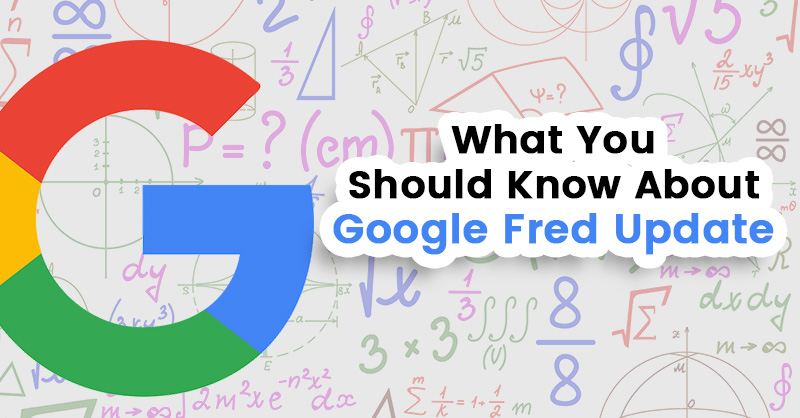 It has often been seen that every webmaster, SEO professionals and website owners have been hit unnoticed by the release of an update between the 7th and the 8th March 2018. Websites monetising low-quality contents fall victims. There are several websites which are likely to suffer a low traffic rate in a very drastic exponential downturn. Before the public comes under notification about the new update on 23rd of March, the websites that were affected have been trying their best to unveil their cause which had appeared to Google Fred Update.

However, before heading on to any further explanations, we first need to know about the Google Fred update. The definition and briefing about Google Fred updates along with its causes and effects have been summarized below.

What does Google Fred Update mean?

It basically refers to update in an algorithm that helps to find black hat strategies which are implemented to the sites that use it to generate aggressive monetisation that ranges from excess on advertisements, low-quality content to the poor user benefits. It is an invention that has brought a great impact on Google’s website ranking quality and standard. The Google Fred hence is not just single update but it encircles several different updates.

How did Google Fred update was named?

It might sound a bit peculiar or even ridiculous but Google Fred update was named after Gary Illyses. The Google webmaster analyst IIlyses on 4th March 2017 wrote that the Google search update will be called Fred unless otherwise stated.

What has spurred the creation of Google Fred?

Google Fred keeps altering owing to the tradition of the company Google. It does so in search of engine algorithm. The reason behind this is to satisfy the users. The string of such events grew from 2015 and the trend still 2017. Many companies without any fore warming have been really struck by this movement.

How to distinguish Google Fred update from past Google updates?

None of the past Google updates has tackled the issue of quality as Google Fred does. This is the feature that makes Google Fred update different from all the other updates in past.

Which sites are mostly affected by the Google Fred updates?

This question is asked most of the times that which is the site affected most by the Google Fred. However, this was never unveiled by Google. Though, through research, it has been found, that the set of companies that prioritises monetisation over user benefits is affected the most. This is the only reason why Google Fred update was made.

How to recover from Google Fred Update?

It is likely that your site has been beaten by Google Fred update, the very first thing to do is to check if multiple sites are also hit or not. If several sites have been affected that shows that it has really been Fred. Otherwise, it is not Fred you should also start looking into other necessary sites to fix issues and other traffic problems.

There must be a reason behind your website suffering from the Google Fred updates. This is because; probably you have got something wrong in the quality of your website. The document which you can use to your aid i.e. to recover goes by the name of Google Webmaster Guidelines. You need to read it first and check if your site violates any of the guidelines and then rectify the mistake. You can also check on the Google search quality evaluator guidelines. This document shows you the best ways of evaluation of Google analyses for your website.

It is totally agreed that the weakness of your website is caused by Fred for a long time but it also depends upon you to a great extent. The earlier you report about the problem the faster the recovery takes place. You can make your traffic thrive again.

These were certain briefings on Google Fred Update which is, as it is concluded that not healthy for your site. However, it is not much of a problem because it can be recovered as soon as the problem is reported. You can then run your site in a healthy manner.