Is PHP going to expire soon? What TIOBE thinks? 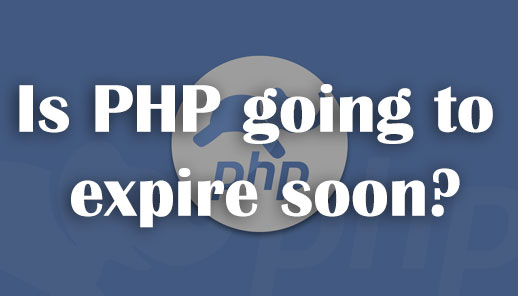 PHP is one of the robust programming languages which is 25 years old. It is extensively used by web developers in spite of some much-publicized complaints.

But TIOBE, which uses some debatable metrics to decide the popularity of different programming languages. According to TIOBE, they have written a note in September update that “Till the end of 2009 everything went fine, but soon after that PHP was going downhill from 10 per cent to 5 per cent market share in 2 years’ time. In 2014 it halved again to 2.5 per cent,” they consider that PHP is on the verge of decline or may in a delayed death spiral. It shows that PHP is falling to ninth from seventh place in the overall ranking. 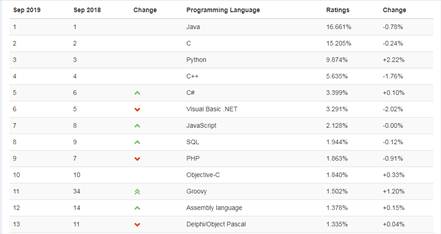 Actually, there is a reason for the PHP decline. The reason said by TIOBE is that “From its start PHP was the Visual Basic for web design: easy to learn, easy to deploy, but mainly used by web designers with a limited software engineering background”. They said that “The downside of PHP’s simplicity was that it was relatively easy to shoot security holes in it. PHP has been struggling with this for a long time.”

For a long time, PHP has been working hard for this.

Data from numerous accumulator and search engines, including Google, YouTube, Wikipedia and Amazon are leveraged by TIOBE. There has been a continuous dropping in PHP’s rank and for a language to rank, there are some guidelines to be followed.


That tactic has sparked complaints that these rankings are not an authentic measure of languages popularity. However, that tactic means that languages within TIOBE’s Top Ten manage not to shift too much. In the first place, Java always appears. C is followed after Java, then Python and C++; if there is a change in those upper levels then it tends to be a one-place change. If the PHP is continuously falling then there might be some reason.

Though there is a decrease in PHP’s rank, it will not go away so soon because it is used by a large number of web developers. There are loads of resources available online which can provide information about PHP. The team of PHP has continued working on their programming language and they have released their latest version, i.e. PHP 7 which includes interesting features.

You can learn advanced PHP course in Kolkata to become a PHP developer.