Unlike PHP which is used mainly for web development, Python's area of application is wide. Its syntax is easy to understand and because of its interpreted nature, it is an ideal language for scripting and rapid application development.

The pattern of programing of Python language is multiple, including object oriented, imperative and functional or procedural programming styles.

As mentioned before, Python is not intended to work on special area such as web programming. Though, using its DJango framework one can develop websites also.DJango is also covered in our course.

If you come from web background and have worked on languages like javascript and PHP, you may be aware with data types. Python get rid of that and one does not need to use data types to declare variable because it is dynamically typed.

Python is used daily in the operations of the Google search engine, the video-sharing website YouTube, NASA and the New York Stock Exchange.

Acesoftech Academy is one of the training institutes in Kolkata which provides advanced and industrial Python programing.

We have covered Python from beginning to advanced level. So, if you are looking for best Python training center in Kolkata, Acesoftech Academy will be your first choice.

Introduction to Machine Learning with PYTHON 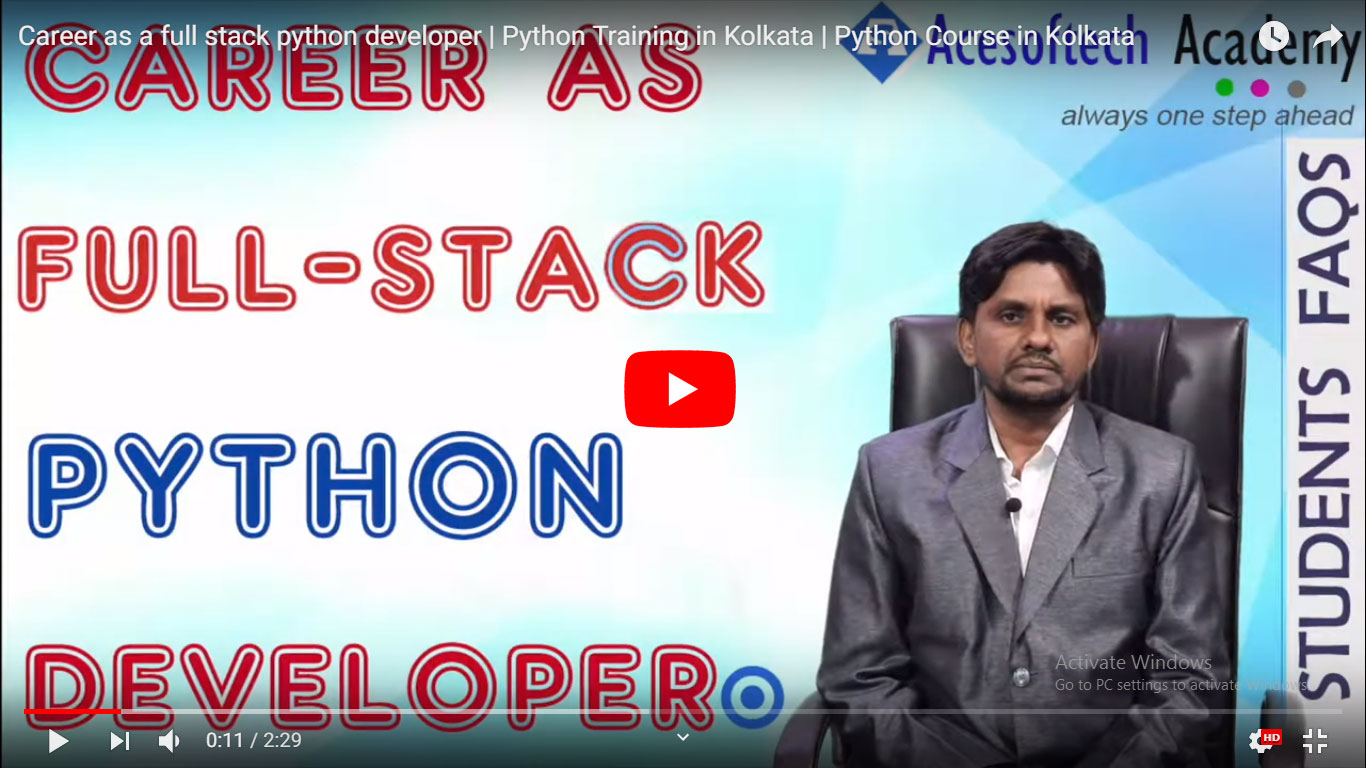